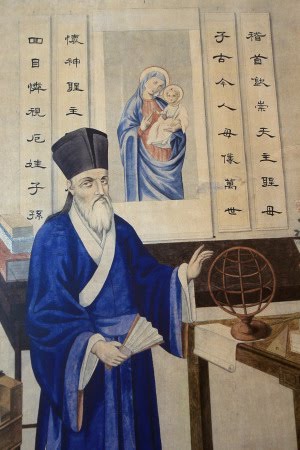 Matthew Ricci, the “Apostle of China ,” was born in Macerata, Italy, of a prominent family and his father was the city’s governor. As the eldest son he was expected to continue the family’s honours of becoming a city magistrate; and to prepare him for this future, his father sent him to Rome’s famous Sapienza University to study law. Matthew, however, against his father’s wishes, entered the Jesuit novitiate of Sant’ Andrea in Rome as he was acquainted with the Jesuits at the Roman College and desired to be one of them. He studied rhetoric at the Roman College in 1572 where he was fortunate to have Fr Christopher Clavius, the most eminent mathematician of his time as his instructor. He was also interested in astronomy and built up a solid foundation in these subjects that would serve as the key to opening the great doors of China.

Matthew was attracted to serve in the foreign missions and had made several requests to go to India. His request was granted in early 1577 but he only set sail for Goa on March 24, 1578 together with thirteen other mission-bound Jesuits. At Goa he continued with his theological course at St Paul’s College. Because of poor health, Matthew was sent to Cochin, southern India to recuperate and there he was ordained in July 1580. In his reading of St Thomas Aquinas, he discovered the dictum that was to serve as the basis of his future method of evangelization, i.e. “the infidel should be brought to the faith by persuasion, and not by coercion.”

At the end of his training Fr Ricci was assigned to the China Mission, and arrived there in 1583, where he worked for 27 years. He was welcomed, albeit slowly, to the academies and made many influential connections and friends. He opened a residence in Nanking for himself, his fellow Jesuits and his scientific instruments. Later he became the court mathematician in Peking. His books Geometrica Practica and Trigonometrica were translations of Fr Christopher Clavius’ works into Chinese. He made Western developments in mathematics available to the Chinese and in 1584 and 1600 he published the first maps of China ever available to the West. For the first time the Chinese had an idea of the distribution of oceans and land masses. He introduced trigonometric and astronomical instruments, and translated the first six books of Euclid into Chinese. His Chinese version of the first six books of Euclid’s Elements, which was written in collaboration with one of his pupils, was a great legacy he left behind and no European name of past centuries is so well known in China as that of Li-ma-teu (Ricci Matteo).

Fr Ricci’s contributions to geography included his calculation of the breadth of China, which was three-quarters of the breadth assumed by Western geographers. At the time Fr Ricci’s maps of China were considered more accurate even than the contemporary maps of Europe. Also he identified China and Peking with the Cathay Marco Polo, and he shared this latter recognition with another Jesuit, a Coadjutor Brother, Benedetto de Goes, S.J., who made a journey from India to China during the years 1602-1605, in order to verify that China and Cathay were the same. 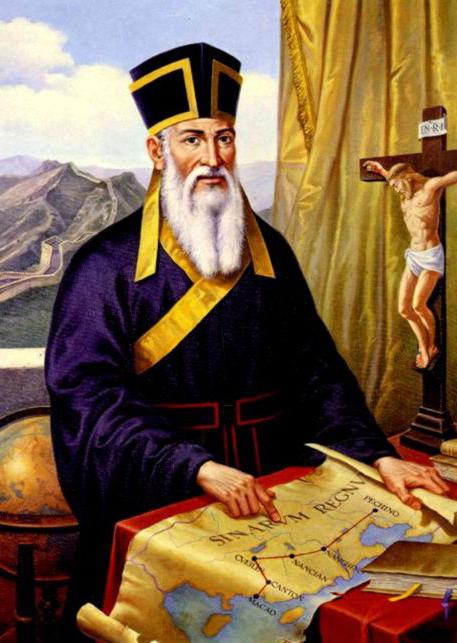 For 20 years Fr Ricci had tried to reach the emperor in person, but the emperor was a recluse not accustomed to seeing his own people. Unexpectedly, however, the emperor summoned Fr Ricci and his companions to inquire about a ringing clock brought to him by the Jesuits. His own scientists had failed to fix it when it stopped. Since the emperor could not receive these foreigners in person, he had an artist draw full length portraits of them, so that they could have a vicarious interview. Another opportunity when Fr Ricci was summoned by the emperor vicariously, was over an eclipse of the sun and the emperor’s Chinese astronomers’ prediction of the expected time and duration differed considerably from the Jesuits. When the latter prediction proved correct, the place of the Jesuit mathematicians was secure. Fr Ricci understood and appreciated Chinese culture fully from the beginning and his example should serve as an inspiration to many. From earliest times, the Church has learned to express the Gospel through the help of ideas and in the culture of various peoples, because the message that she preaches is intended for all peoples and nations. The Christian message is not the exclusive property of any one group or race; it is addressed to everyone and belongs to everyone. There is therefore no opposition or incompatibility in being at the same time truly Christian and authentically Chinese.

Throughout the 27 years in China, Fr Ricci never lost sight of his mission of bringing the nation to Christ. As a result of his labours there were 2500 Catholics living in China. His ultimate goal was to visit the emperor Wan Li and convert him but he did not succeed. He was well known among China’s intelligentsia for his profound appreciation of Chinese cultural and moral values which enabled him to make China known to the West and the West to China. Fr Ricci also made his reputation as a versatile scientist and for his significant contributions in mathematics, literature, apologetics, and popular catechetics. 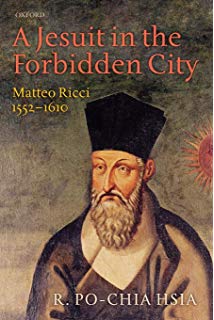 In 1609 Fr Ricci began writing The Coming of the Society of Jesus and Christianity to China, the first book to offer accurate information on China to European readers. Although only fifty-eight years of age, Fr Ricci began to feel the strain of his many years of activity. On May 3, 1610, his heart began to cause him trouble and he gradually grew weaker. He was anointed on May 10 and on the 11 th, after saying farewell to his brother missionaries and joining in the prayers for the dying, Fr Ricci courageously surrendered his magnanimous soul to God.

Fr Ricci was greatly honoured by the Chinese as ‘the wise man from the West’ and was acknowledged by international historians as the world’s most outstanding cultural mediator between China and the West. His own Jesuit brethren, who lived with him and had known him, have all attested to his humility and holiness, and how he used his many talents solely for the glory of God and the spread of His kingdom. In 1963, the Chinese bishops attending Vatican Council II in Rome, unanimously petitioned the Pope to introduce Fr Ricci’s cause for beatification.