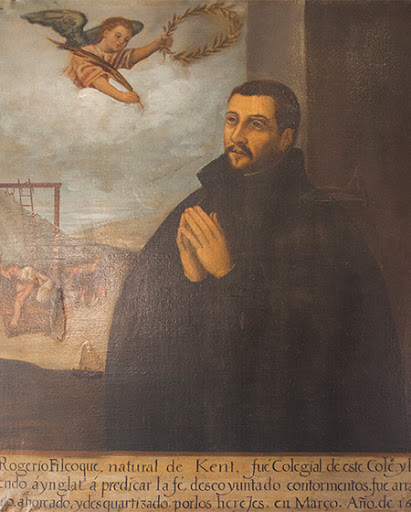 Fr Roger Filcock was born in Sandwich, Kent, England. He studied at the English college in Rheims, France and was amongst the first students to go to St Alban’s seminary in Valladolid, Spain, where he was ordained in 1597. When he requested to enter the Society of Jesus in Spain, he was encouraged to return to England before applying again. He headed for Calais, France, on a ship which was pursued by Dutch ships. Rather than permitting themselves to be taken captive, many passengers jumped ship and successfully made it to shore. Fr Filcock however, was captured but managed to escape and landed on the Kent shore of England in early 1598 where he assumed the alias of Arthur and began his priestly ministry. His desire to be a Jesuit remained strong and he wrote to the Jesuit superior in England, Fr Henry Garnet, asking to be admitted and this was granted in 1600.

While waiting to go to Flanders for his novitiate, Fr Filcock was apprehended, betrayed by a former fellow student at Valladolid and sent to Newgate prison in London. In 1601, Fr Filcock was charged for being a priest but he would neither admit nor deny, insisting that witnesses and evidence be brought forth. As none was forthcoming, he was brought for trial and heard the indictment against him. He requested to be tried without jury because he did not want the verdict, which he knew would be against him to be on the jurors’ consciences. Nevertheless, the judge directed the jury to find the defendant guilty and Fr Filcock was sentenced to the gallows for high treason. 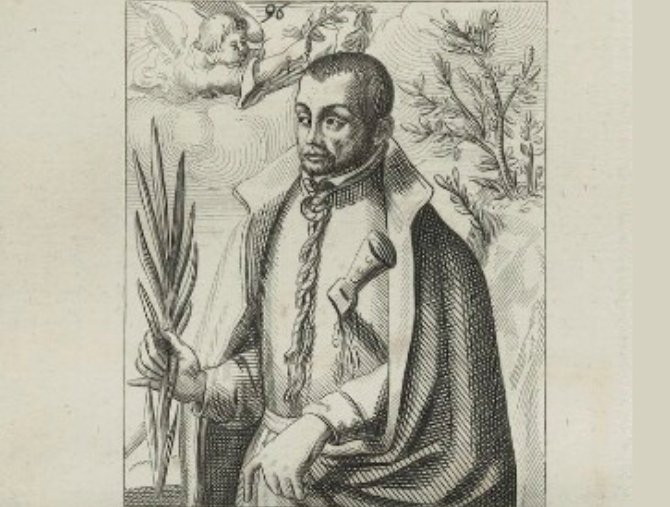 In prison, Fr Filcock met Fr Mark Barkworth, Benedictine, who was his fellow student in Valladolid and they were to be companions in death. On February 22, the day of execution, the 2 priests were bound together, tied to a hurdle and then dragged to Tyburn. They arrived just after the execution of Anne Line, who was once Fr Filcock’s penitent. Seeing her body still hanging from the beam, Fr Filcock kissed the hem of her garment and said: “Blessed Anne Line, a thousand times more blessed than I, you beat me in the contest and in winning the crown.” Just before Fr Barkworth’s martyrdom, he intoned the Latin antiphon, “This is the day the Lord has made,” and Fr Filcock sang out the response, “Let us rejoice and be glad.” Fr Filcock witnessed the hanging and butchering of his companion but the horrid sight made him more resolute in his willingness to die for Christ. When it was his turn, the sheriff tried to get him to admit his treason, which he firmly denied. He said, quoting St Paul: “I desire to be dissolved and to be with Christ,” and added that he was dying because he was: “a Catholic, a priest and a member of the Society of Jesus”. After a short prayer, the cart was drawn from under him and he was hanged, then cut down, disemboweled and quartered. Fr Filcock was beatified by Pope John Paul II in November 22, 1987 .