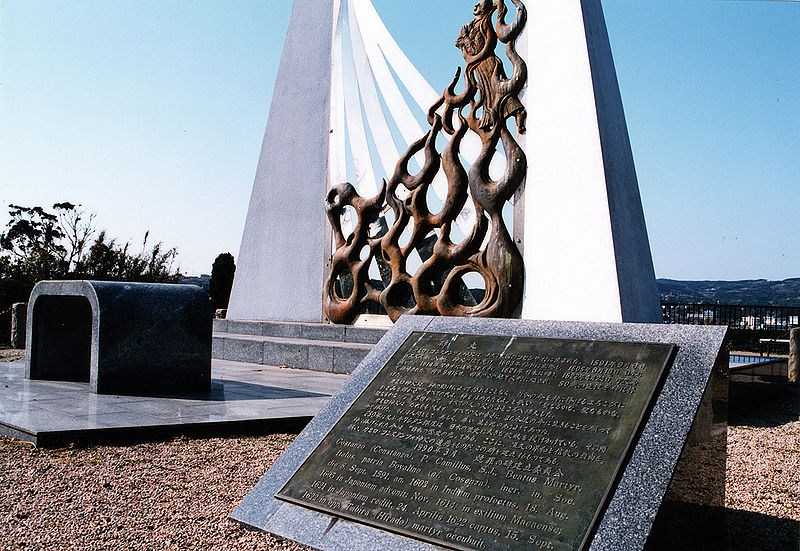 Fr Camillus Costanzo was born at Bovalino, Calabria, in southern Italy. He served at the siege of Ostend under Prince Albert and on his return, took up law in Naples. However, he later gave it up to enter the Society in Naples on September 8, 1591. After his ordination in 1602, he was assigned to the China mission and left Italy in 1603. He arrived at Macau a year later but because he failed to comply with certain Portuguese regulations, he was refused entry. After waiting a year, he turned towards Japan and arrived in Nagasaki on August 18, 1605.

Within a year he was speaking Japanese and began his work with the Christians in the city of Sakai where he soon was blessed with 800 converts for his efforts. During the 1614 edict banishing all foreign missionaries from Japan, Fr Costanzo went to Macau and spent six years studying Buddhist texts and then wrote many pamphlets in Japanese, refuting the claims of the Buddhist religion and then two treatises explaining the Catholic faith.

By the end of 1621, Fr Costanzo was eager to return to Japan although he was persuaded against it by other priests. Disguised as a soldier he left for Nagasaki but when boarded the ship, the captain detected his disguise and wanted to notify the police that he had a priest on board. Fortunately two Christian travelers recognized him from Sakai and got him safely ashore. Fr Costanzo chose Hirado Island as his mission area and there he met Augustine Ota, a Japanese, who became his missionary companion. 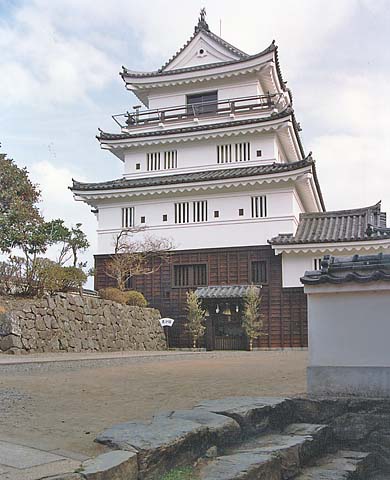 Augustine Ota was born in Ojika, an island in the Goto group, of a non-Christian family. He had studied with Buddhist bonzes in a local temple but in 1585, at thirteen, he was converted by the Jesuits during his stay in Ota and took the baptism name of Augustine. He was especially valuable to the missionaries because of his first-hand knowledge of Buddhism. After his wife died and as he had no children, he spent all his time and effort in spreading Christianity and converting his compatriots although the persecution was in full force. It was during this time that he met Fr Costanzo and joined him as a catechist and together they visited the islands off the west shore of Japan. Their active association lasted four months before they were arrested on April 24, 1622.

They were betrayed by a Japanese man who feigned interest to attend Fr Costanzo’s talk, just to pacify his wife, a Christian who was intent on converting him. After finding out the secret whereabouts of the priest, the man passed the information to the police who tracked down Fr Costanzo and Augustine on the island of Uku and arrested them.

As death was imminent, Augustine wrote to the Jesuit provincial in Japan requesting for admission into the Society. When the affirmative reply came, Fr Costanzo accepted Augustine as a novice and the day before his death Augustine pronounced his three vows. He was beheaded on August 10, 1622 and his body thrown into the sea.

Fr Costanzo lived another month and was transferred to Tabira which faces Hirado and the sea of Japan. On Sep 15, 1622, he was bound to a stake, and while the executioners were preparing the fire- wood, he preached to the people telling them who he was and why he was being executed. He exhorted the Christians to live courageously and invited the non-Christians to embrace the Catholic faith. When the wood was set alight and the flames engulfed his body, bystanders saw him, with eyes fixed on heaven singing “Praise the Lord, All You Nations” and “Sanctus, Sanctus, Sanctus” before he bowed his head in death.

Fr Costanzo and Bro Augustine Ota were among the Jesuits beatified by Pope Pius IX on May 7, 1867. Their Jesuit brethren remember them yearly on February 4.