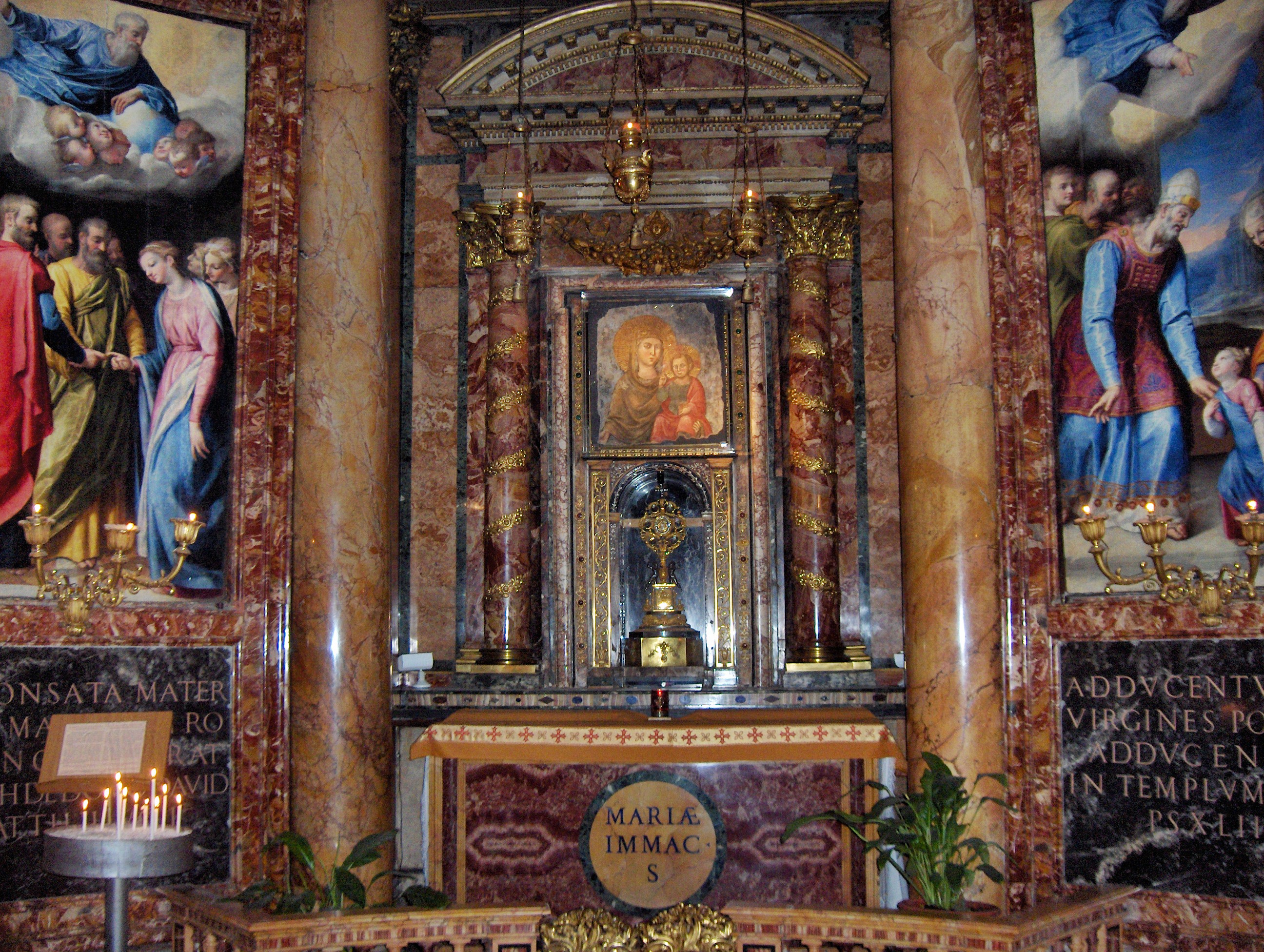 The image of “Our Lady of the Way” was greatly loved by St. Ignatius Loyola, his early companions, and Jesuits today. The image is enshrined in the round chapel of the Jesu, the Mother Church of the Jesuits in Rome. This is an anonymous product of the Roman School done in the late 15th or early 16th Century.

After establishing the Society of Jesus in 1540, Paul III gave the first Church to St. Ignatius and his companions in February, 1541, after the former pastor and owner, Peter Codacio, became a Jesuit. The name of the church was Santa Maria Della Strada.

In 1568, Cardinal Alessandro Farnese erected the Gesu Church of Rome, the mother church of the Jesuits, in place of the church of Santa Maria della Strada in which the icon, “Madonna della Strada”, was displayed. The tradition was to commemorate shrines and churches that already existed on the land set aside for the new church by building chapels dedicated to those displaced within newer and larger churches.

Thus, the chapel of the “Madonna della Strada” came into existence as the home of the icon of the same name. 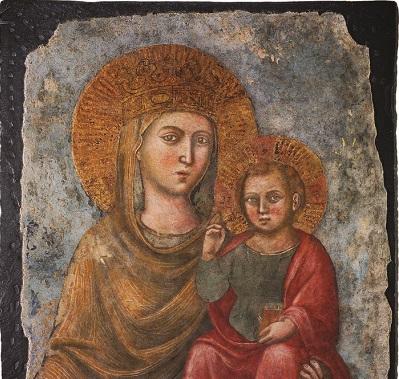 The icon is strategically located between two altars, the first dedicated to St. Ignatius, the second, the main altar of the Church, dedicated to the Holy Name of Jesus. The Church itself is dedicated overall to “God, the Virgin, and Jesus”. This location of the Madonna chapel illustrates the characteristically intercessory role of Mary; first in the architecture of the Gesu Church, secondly, in the iconographic scheme of the same church, which is based upon the Triple Colloquy of Spirituality of the Spiritual Exercises of St. Ignatius, the heart and foundation of Ignatian spirituality.