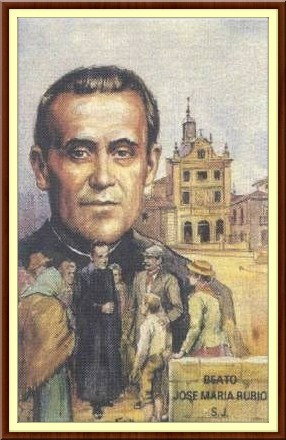 Joseph Mario Rubio was born at Dalias, in the province of Almeria, Southern Spain in 1864. At the tender age of eleven, he went to the city of Almeria to begin his studies; but at twelve, he was transferred to the minor seminary as he wanted to be a priest. He joined the major seminary in Granada in 1879 where he spent the next seven years studying philosophy, theology, and canon law. He was staying with his professor, Fr Joachim Torres Asensio and moved with him to Madrid in 1886 where he finished his studies and was ordained on 1887.
From 1887 to 1889, Fr Rubio was assistant pastor at Chinchon before becoming pastor in Estremera. In 1890 he was called to teach Latin, philosophy, and pastoral theology for four years in the seminary in Madrid. Here he was drawn to the Jesuits and thought of entering the Society of Jesus but because of his gratitude to Fr Torres, who was now staying with him, he was unable to fulfill his desire although he considered himself a Jesuit in his heart.

Fr Rubio did enter the Jesuit novitiate at the age of forty-two after the death of Fr Torres following a pilgrimage to the Holy Land, where he underwent deep spiritual experiences. He took his vows in 1908, spent the following year reviewing theology, and was assigned for a short time to the Jesuit residence in Seville. He returned to Madrid in 1911 and spent the next eighteen years there.

Fr Rubio exercised two important apostolate in Madrid, one in the confessional and the other in the pulpit. He appealed to both the rich and the aristocrats, as well as to the poor and simple folks, and the lines outside his confessional were unusually long as they came to see him more for spiritual direction than for absolution. As his fame grew so did the number of penitents who came before the church doors were opened. Fr Rubio had a similar appeal in the pulpit, as people preferred his simple and sincere sermons which touched their hearts to Spain’s best orators who came to preach in the capital. 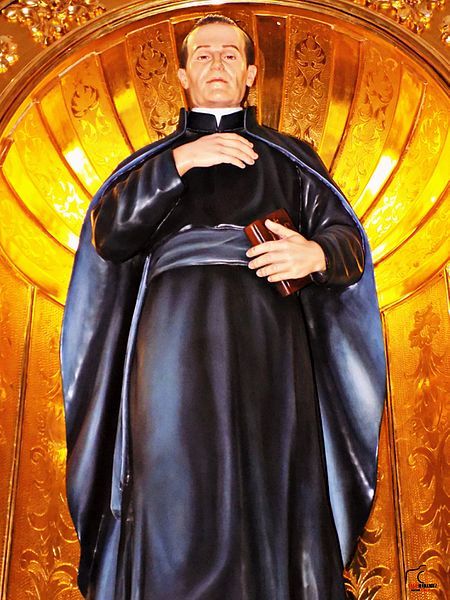 Fr Rubio visited the city’s slums and there he preached to the homeless and the needy who found a friend in him and deluged him with requests of all sorts because he showed them his love and care and they knew he would help them. He also founded schools and prepared lay teachers to take care of them. He constructed chapels and made the Church present in the misery of the poor, as he regarded the integration of service and faith and the promotion of justice as one, inseparable mission.

No part of Madrid was untouched by Fr Rubio’s influence. It is said that during his forty-one years as a priest, he had helped 10,000 individuals along the road to perfection. He inspired countless boys to enter the diocesan clergy and sent many vocations to religious orders and congregations. Fr Rubio was regarded as a miracle worker. He suffered from a heart attack while on a visit to the Jesuit novitiate at Aranjuez on May 2, 1929 and died that same evening. He was sixty-four and had been a Jesuit for twenty-three years, much loved and respected by all who knew him and was commonly known as the “Apostle of Madrid.”