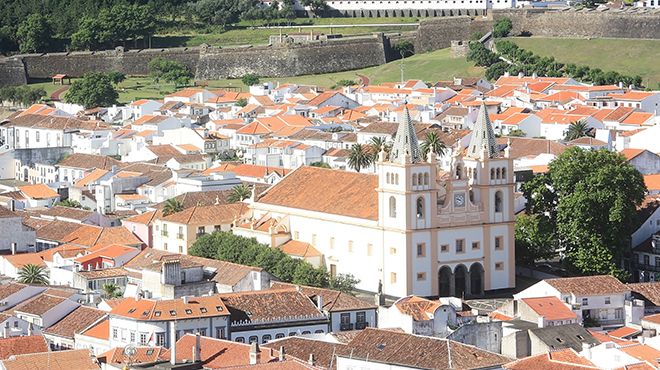 John Baptist Machado, a Portuguese was born in Angra, on the island of Terceira in the Azores in 1581. As a child his mother told him stories about India and Japan from the published letters of Francis Xavier which were very popular in Portugal and he developed a desire to follow in the great missionary’s footsteps. He studied with the Jesuits in Coimbra, Portugal, and then entered the Society in 1597. Two years after his novitiate, he left Lisbon for Goa, India for philosophy. He continued his study in theology in Macau where he was ordained.

Fr Machado arrived in Nagasaki, Japan on June 29, 1609 where he worked for five years among the Japanese Christians in and around the capital, Miyako (today’s Kyoto), until the harsh edict of shogun Tokugawa Iyeyasu, banished all missionaries from Japan, destroyed or closed all churches, confiscated church property, and outlawed the Christian faith. Although many of the Jesuit missionaries left for Manila or Macau, Fr Machado was one of the few who risked their lives to stay behind to care for the Japanese Christians. 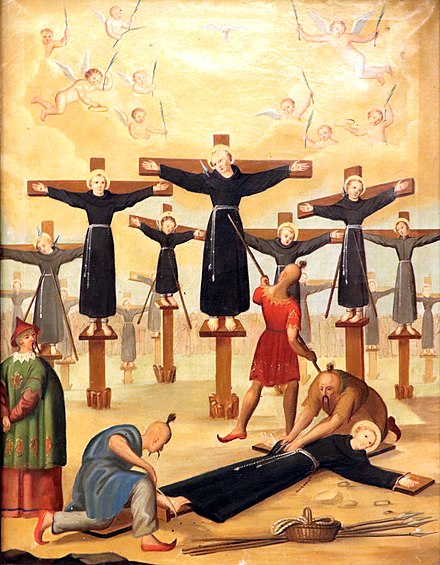 For the next few years, Fr Machado hid during the day and traveled at night in disguise. He experienced sadness seeing many Christians giving up their faith under threat of persecution but also joy of seeing many Japanese remain steadfast in the faith they had adopted. In 1617 he decided to visit the leper colony on one of the Goto islands where there were many Catholics. The harbours were full of spies and his friends tried to dissuade him but Fr Machado had to visit his Christians even though he knew of the danger. He arrived on April 21 and the Christians flocked to greet him. He visited their humble homes and celebrated Mass for them; but unknown to him, spies were following him closely and he was arrested the next day, chained and brought back to Nagasaki.

Fr Machado was later held prisoner together with a Franciscan priest, Peter of the Ascension in the house of Tomonaga, a minor official and an apostate Christian whose brother was a Jesuit priest. Tomonaga allowed both his prisoners to celebrate Mass and also visited them frequently and talked with them. After more than three weeks, he broke the sad news to them that they were to die that afternoon, May 22, Trinity Sunday. While Tomonaga shed tears of sorrow, the priests sang hymns of joy and praise to God. Fr Machado even scribbled a final short note to his superior which read: “I have just received the good news that I am going to die for love of my dear Lord. I make him the offering of my life and all my heart’s love.”

That afternoon, the two priests prayed together the litany of saints and that of our Lady. Then they were led to a wooded hill outside the town, each carrying a crucifix, their eyes fixed on our Lord. After hearing each other’s confession, Fr Peter knelt down and placed his head on the block to receive the deadly blow. Then it was Fr Machado’s turn and it took three blows to make him a martyr. He was thirty-seven years old and had been a Jesuit for twenty years. Within six months of this event, Tomonaga returned to the faith and died a martyr’s death. Fr Machado was beatified by Pope Pius IX with 34 other Jesuits who were among the 205 martyrs who died for their faith during the persecution under shogun Iyeyasu and his son and grandson.