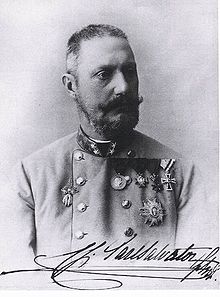 Fr Goncalo da Silveira, the Society’s first martyr on the African continent, was born in Almeirim, near Lisbon, Portugal. He was the tenth child of the Count of Sortelha and was brought up for a position in the royal court. He studied at Coimbra and was at the university when Fr Simon Rodrigues and his Jesuit companions came to establish a college at Coimbra and through his acquaintance with the Jesuits, he entered the Society in 1543.

After obtaining his doctorate in theology, Fr Silveira spent three years preaching and instructing the faithful traveling around Portugal until he was appointed rector of the professed house in Lisbon. All this while, Fr Silveira was looking toward the missions as he was inspired by the achievements of St Francis Xavier and wanted to walk in his footsteps. While he was a renowned preacher in Lisbon, Fr Silveira preferred to spread Christ’s message to foreign lands and receive a martyr’s death. It was Fr Silveira who wrote to Fr Ignatius in Rome when news of the death of St Francis Xavier, who was then provincial of India, reached him in Portugal. In 1556, Fr Ignatius appointed Fr Silveira as provincial of India to succeed St Francis Xavier. 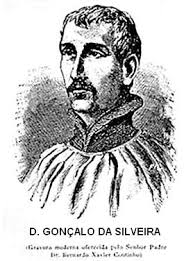 Fr Silveira governed the mission for three years with great prudence and the mission prospered with great number of coverts added to the faith. In 1560, Fr Silveira was called to a new mission in Mozambique as the native chief Gamba had requested for a Christian missionary for his country, having been convinced by his son who had been newly converted by Portuguese traders. Fr Silveira, another priest and a brother arrived in Mozambique in Feb, 1560 and worked their way to Otongue where Gamba lived two months later. After minimal instruction, Gamba and his court and 500 others were converted and Fr Silveira was so encouraged that he had dreams of converting southern and central Africa and the easiest way to do so was to convert southern Africa’s most powerful king – King Monomotapa whose capital was 100 miles north of Zimbabwe.

Fr Silveira prepared hard for his new mission and had walked hundreds of miles to reach his destination. With the help of Antonio Caiado as intermediary, a Portuguese who was much trusted by the Monomopata, Fr Silveira finally arrived at the king’s village on Dec 26, 1560. There he met Chisamhura Nogomo, the young local chief who was newly made “the golden king” because gold had been discovered in his territory. Chisamharu was uncivilized and uncultured and within 3 weeks Chisamharu and his mother were baptized followed by 300 individuals shortly afterwards. This made the Moslem traders who lived in nearby villages very jealoused as they became fearful that the Portuguese would now get all the trade. So they set to poison the Monomopata’s mind. They told the king that the Portuguese planned to take over the country and that Fr Silveira was a spy and a sorcerer who had come to bring drought and famine to the land and that he would then kill the king. Chisamharu believed these lies and absurdities and decided Fr Silveira had to be killed. 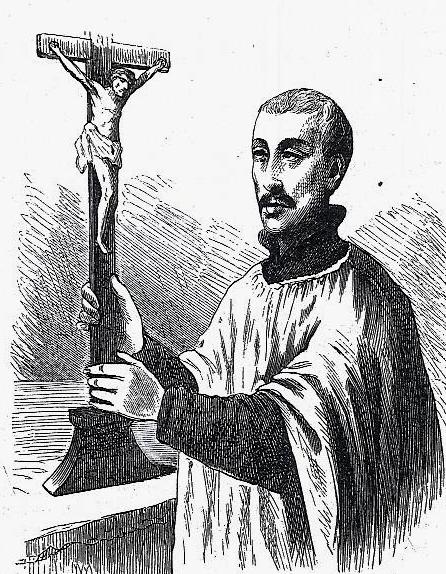 Fr Silveira sensed the change in Chisamharu and told Caiado who when he found out of Chisamharu’s plans to kill Fr Silveira urged the latter to leave immediately but this advice was not heeded. Instead Fr Silveira made his final preparations. On March 15, 1561, he baptised 50 neophytes, heard the confessions of the Portuguese whom he had summoned and entrusted his Mass equipment to them, keeping only a crucifix for himself. That night just before he retired, he told Caiado: “I am more ready to die than the Moslem are to kill me. I forgive the king, who is young, and his mother, because they had been deceived.” Caiado then instructed 2 of his servants to remain with Fr Silveira throughout the night.

Fr Silveira prayed before his crucifix and then fell asleep. Before midnight the murderers rushed into the priest’s hut, and killed him by strangling him with a rope round his neck before they dragged him and threw his body into the Musengezi river. With this martyrdom, the Society’s first mission to Monomopata ended. In 1905, 344 years after the death of Fr Silveira, the official investigation to establish his martyrdom and to open the cause was started. 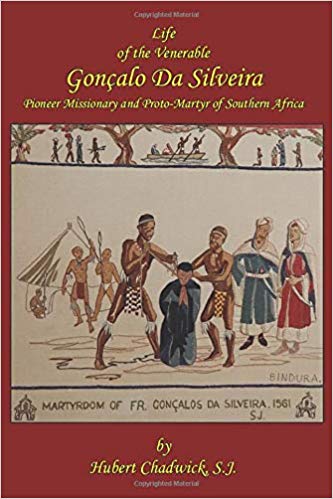