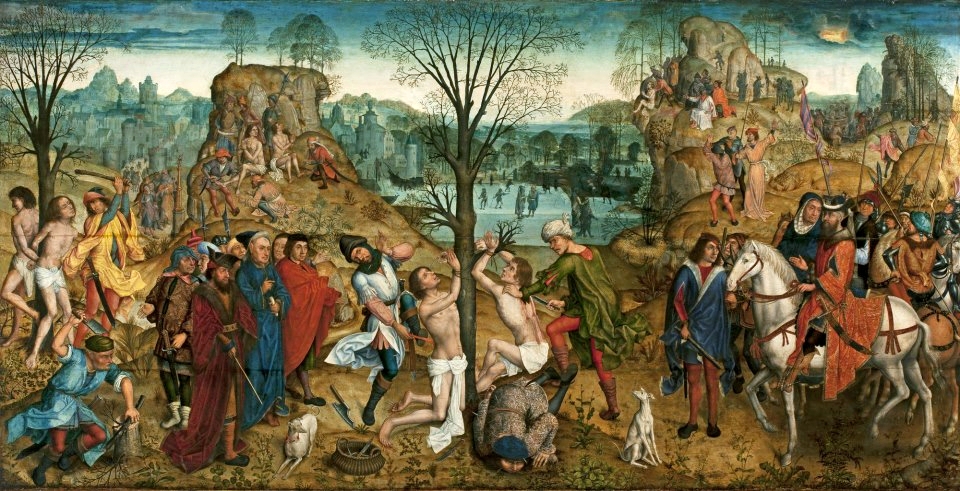 Fr Thomas Woodhouse was the first Jesuit to die for Christ in the conflict between the Catholic Church and the English monarchy between 1573 and 1679. Very little is known about his life prior to his imprisonment under Elizabeth I. He was born in England and was ordained probably in 1558, during the final year of the reign of Mary Tudor, the Catholic queen. He could not accept Elizabeth I who instituted religious reforms, including a non-Catholic prayer book, together with the 1559 decree declaring her supremacy in matters of religion. He resigned his parish position in Lincolnshire in 1560 and became tutor to the children of a wealthy family in Wales. He later left this position because of religious differences.

Fr Woodhouse continued to celebrate Mass whenever he could, despite laws against the Catholic Mass and was arrested on May 14, 1561, while at Mass. He was imprisoned in London’s Fleet Prison where he spent the next twelve years. He was able to develop an apostolate to other prisoners because the prison officials were quite tolerant. He brought some of the inmates back to the Church. He also wrote short essays which he tied to a stone and threw them out whenever he saw a suitable individual pass his cell window. In 1572, he wrote to the Jesuit provincial in Paris as there was no Jesuit mission in England, requesting to enter the Society of Jesus. He was accepted. In his enthusiasm, he wrote a letter to William Cecil, the queen’s treasurer asking him to persuade the queen to accept the pope’s authority. Instead of doing what Fr Woodhouse asked, Cecil ordered him to be brought to trial on June 16, 1573 at Guildhall and when he repeatedly refused to acknowledge the judges’ authority and contested the competence of a secular tribunal to try a priest on religious matters, he was found guilty of high treason and was sentenced to be hanged, drawn, and quartered.

Fr Woodhouse met a martyr’s death three days after his trial at Tyburn. He was the second priest, but the first Jesuit, to be executed in England on religious grounds. He was beatified by Pope Leo XIII on Dec 9, 1886.