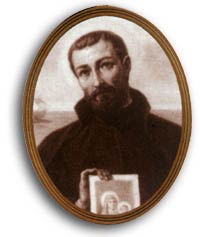 Ignatius de Azevedo was born in Oporto, Portugal. He entered the Society at Coimbra on December 28, 1548 and was ordained in 1553. Fr Azevedo was sent to Braga to found St Paul’s College. In 1565, he went to Rome as he was appointed procurator for India and Brazil and whilst in Rome, Fr General Francis Borgia appointed him Visitor to Brazil. His duty was to evaluate the missionaries’ work and to ascertain how Rome could best help the Jesuits there. After spending two years traversing the country visiting the Jesuit houses, schools, and missions he reported back to Fr General that the missionaries had had great success in the number of baptism and many catechumens under instruction and that the only difficulty was shortage of Jesuits. When the answer was to send more Jesuits, Fr Azevedo visited the Spanish and Portuguese provinces of the Society to seek volunteers for the Brazil mission and succeeded in gathering 49 Jesuit volunteers.

Fr Azevedo gathered the diverse group at Val de Rosal, near Lisbon and for five months he prepared them for life on the mission. On June, 5, 1570, they set sail in seven ships for the Madeira Islands, off the coast of Africa. Fr Azevedo was on board the Santiago with forty-three Jesuits, the others were distributed on two other ships. For the Jesuits on the Santiago, there were scheduled times for Mass, prayer, reading, and study. They arrived in Madeira on June 12 and in spite of the clear danger of pirate ships, they set off again for the Canary Islands in two ships. Fr Azevedo told his fellow Jesuits: “If the Huguenots should capture us, what harm can they do? The most they can do is to send us speedily to heaven.” 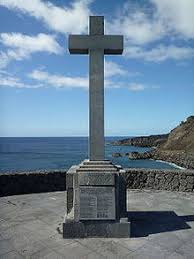 For two days, Fr Azevedo and his thirty-nine companions were at sea and as they were heading towards Santa Cruz de la Palma, the lookout announced sails on the horizon. Soon they were overtaken by five faster pirate ships under the command of a French Huguenot, formerly a Catholic but now a declared enemy of the Jesuits. When the pirates boarded the Santiago and saw Fr Azevedo in the centre holding a painting of the virgin Mary, a pirate slashed him with a sword as he protested” “You are my witnesses that I am dying for the Catholic Faith.” Then the pirates hurled Fr Azevedo’s body overboard with the painting still tightly held in his hands.

They then hacked to death all the remaining thirty-nine Jesuits in black cassocks and threw them all into the sea.

Of the Jesuits on board the Santiago, only John Sanchez was spared. He was denied martyrdom because the pirates needed a cook and they forced him into service. He managed to escape when the Santiago docked at La Rochelle in France and made his way to Portugal where he narrated the sad events to his superiors.

Pope Pius IX declared Fr Ignatius de Azevedo and his thirty-nine Jesuits, the martyrs of Brazil, among the Blessed in heaven on May 11, 1854.