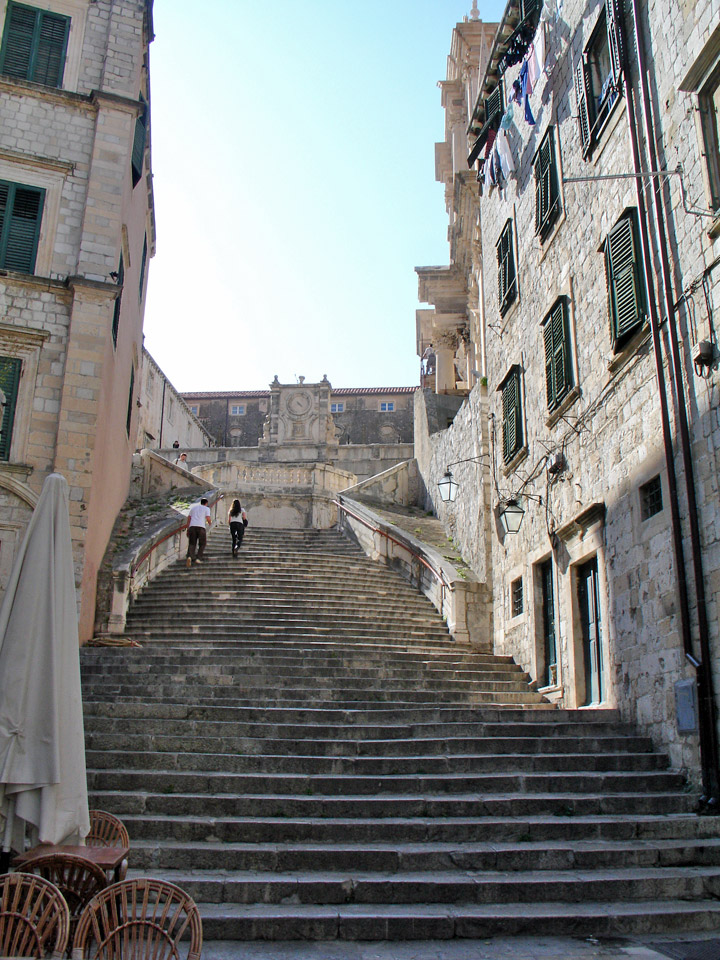 Peter Barbaric, a Croatian, was born in the small hamlet of Siljevista, near the village of Klobuk in Bosnia-Herzegovina. He was one of nine children whose parents, his first teachers, taught him not only Catechism, but also gave him the foundations of a solid education. As a child he developed the same great love and devotion to the Sacred Heart of Jesus and to our Lady, as his parents had. He would carry a staff in one hand and fingered his rosary in the other when he took his father’s flock to pasture so as not to waste time daydreaming. He would spend the hour-and-a-half walk to and from the newly opened school at Veljaci reviewing his lessons and because of the training he received from his parents, he completed his studies in two years rather than the usual four. He then started work as a store clerk in Vitina. Peter lived there for slightly more than a year when his old schoolmaster at Veljaci received a letter asking him to recommend candidates suitable for higher studies and for the priesthood. And Providence had it that the schoolmaster met Peter one day and mentioned the letter to Peter whose face immediately lighted up with joy for this was what he wanted.

So Peter, at fifteen, accompanied by his father, set out on a three-day trip to Travnik, arriving there on August 27, 1889. The diocesan seminary was under the care of the Jesuits. Peter did well in his studies and in 1892 added Italian to his classes, and then French and German, thinking that he could use them one day in hearing confessions. At the seminary he joined the sodality and when he was an upper classman, he was elected its prefect. He encouraged his fellow classmates to receive Holy Communion on the First Friday of each month and promoted the First Fridays. Peter had for years been thinking about the diocesan priesthood but it was only after the school retreat in 1896 that he began to think of becoming a Jesuit.

On the morning of April 7, 1896, it was the Tuesday after Easter and a holiday at the seminary, it was customary for the seminarians to take their spring picnic. As it was a sunny, clear and cheerful warm day for an outing, the students were out in light clothing. The weather, without warning, changed and the students were caught in a great downpour and were soaked and chilled by the time they returned home. As a result Peter caught a cold, ran a high fever and developed a frightful cough and he was confined in the infirmary for weeks. When the summer vacation came, the school physician recommended that he return home

to enjoy his native air with the hope that it would aid his recovery. Although Peter spent a happy summer with his family, unknown to him, he was developing tuberculosis.

As his health was not good, Peter stopped his studies for a time at the seminary in Sarajevo. There the school physician chanced to examine him and found that Peter was tubercular. It had so affected his lungs that he did not think that Peter had any hope of recovery. Peter, unaware of this diagnosis, continued to hope that he would regain his health, complete his studies and be ordained. In early 1897 when his weakness became worse, Peter had to drop some of his courses. Eventually, he had to stop going to class altogether and stayed in the infirmary. Soon he needed the aid of a cane to move around the room. On March 11 1897 he told his confessor: “I’ve been making a novena to St Francis Xavier, asking to recover and tomorrow I will begin a novena to St Joseph and ask for a happy death.” When his health declined rapidly in April, he was anointed on April 10.

Peter’s confessor knew that Peter had wanted to be a Jesuit and that he would certainly have entered the novitiate if he had not wanted to wait until he had graduated. When asked whether he would want, if permission were granted, to take Jesuit vows and die as a member of the Society, Peter responded positively that he had thought about it but did not dare to request for such a special favour. The confessor then informed the rector of Peter’s desire. The rector sent off a letter to the Jesuit provincial immediately requesting this privilege for Peter.

On Palm Sunday, April 11, Peter was taken to the seminary chapel for Mass and there he amazed everyone by standing throughout the long reading of Christ’s passion. As he grew more feeble, Peter knew that his stay on earth was short and once said: “How nice it would be to celebrate Easter in heaven.” On the evening of April 13, the provincial’s telegram arrived granting the rector’s request. Peter had permission to take vows of devotion, and that he may now wear the habit of the Society. Peter thought Holy Thursday, April 15, would be the perfect day to make this offering of himself and so planned on taking the vows after his Paschal Communion. His confessor doubted that Peter would live to see Holy Thursday and recommended that he take the vows the same day. At 9 pm of April 13, in the presence of witnesses, Peter vowed poverty, chastity, and obedience, and promised to live in the Society for the rest of his life. He spent the following day in bed, totally exhausted, burning with fever. That evening, his Jesuit brethren gathered in his room and recited the prayers for the dying. The next day, Holy Thursday, April 15, Peter was unable to eat and could hardly speak. In the early afternoon he asked for his crucifix, held it in his hands, kissed it, and said “Jesus.” Minutes later, at about 2 pm, with calm and peace, he gave out a deep sigh and surrendered his soul to Jesus, his Lord and God. Peter who had lived a life of innocence and holiness wore the Jesuit habit for the first time as his body lay in the coffin. He was buried on April 17, Holy Saturday, in the cemetery outside the city of Travik.

Peter’s way to holiness was that of St Stanislaus Kostka, St Aloysius Gonzaga, and St John Berchmans which he described so beautifully: “Of all the paths leading to heaven the shortest, the easiest, and the most reliable is the one a man takes by performing his everyday duties.” Peter Barbaric’s cause is currently under study in Rome.