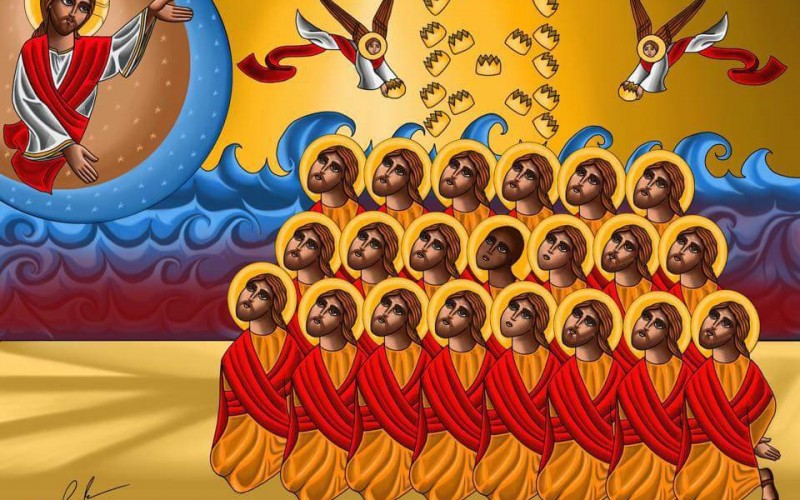 Frs Bruno Bruni and Louis Cardeira were the last of the eight Martyrs of Ethiopia to sacrifice their lives for their faith.

Bruno, an Italian was born in Civitella del Tronto, Italy. At fifteen, he went to Rome to begin his studies at the Roman College but decided to be a missionary and a Jesuit after he was inspired from reading Francis Xavier’s exploits for God. He entered the Jesuit novitiate at Sant’Andrea in Rome on August 14, 1608. He continued with his philosophy at the Roman College and then went to Florence to teach for three years before returning to Rome for theology. While at the Roman College he came to know John Berchmans, and when the latter was on his deathbed, Bruno often spent the night reading aloud to him the life of Aloysius Gonzaga. Bruno was also responsible for writing the obituary notice after the death of Berchmans that was circulated to all the Jesuit houses.

After his ordination, Fr Bruni left Lisbon on March 25, 1623, for India. He arrived in Goa in May 1624 and was in Fremona, Ethiopia by July 1625. His immediate task was to learn Amharic, the spoken language of the Ethiopians. After three years of apostolate work in Fremona, he went to Nebesse, in Gojam province, where he established a Jesuit house and rebuilt the church for our Lady, acting as architect and stonemason for the church project. During his three years in Nebesse, he built three monasteries and brought about many conversions to the Church.

When the Jesuits were expelled from Ethiopia in 1634, Fr Bruni and six of his Jesuits brethrens remained behind and secretly continued their ministry. Fr Bruni together with Frs Gaspar Pais and John Pereira found refuge in Assa. On April 25, 1635, as the priests were about to celebrate Mass, they were attacked. Fr Pais died immediately and Fr Pereira a few days later. Though Fr Bruni was afflicted with no less than fifteen wounds and was left for dead, he survived the attack. The Catholics who found him gave him such good care that he recovered completely. He then found protection under Za Mariam, governor of Temben, and lived and worked together with Fr Cardeira in a refuge on top of Mt Amba Salama. For five years they went about dispensing Sacraments and preaching God’s Word. They were the only two Jesuits left in Ethiopia with the martyrdom of Bishop Apollinaris de Almeida and his two companions.