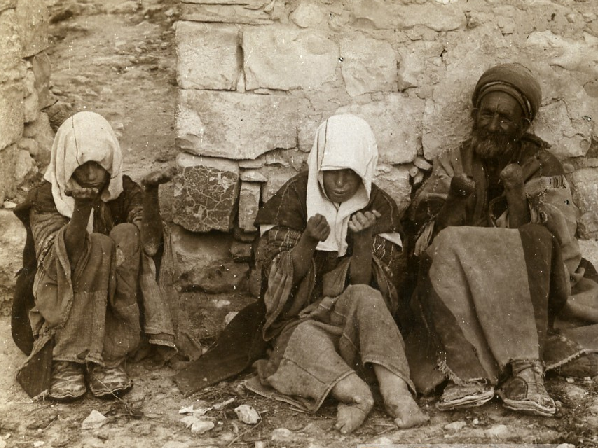 We are all familiar with today’s episode of Jesus curing the ten lepers, and where only one showed gratitude to Him.  Let us first note that “leprosy” as a disease causes immense suffering and pain.  Leprosy terrified humanity since ancient times; as early as 600 BC.  It is a disease of the nervous system that causes tissues to degenerate and the disfiguring of the skin and bones.  The loss of pain sensations causes further nerve damage.  And, with advance leprosy, a leper’s fingers and feet can be eaten by rats in their sleep, without them being aware of it happening.

During the time of Jesus, lepers were banished from their families and community as the disease was not only contagious, but also associated with one’s sinfulness; even a leper’s shadow is considered unclean, and can contaminate people with whom they come into contact.  As such, wherever a leper goes, he has to cover his disfigured face and body, as they are considered repulsive, and ring a bell and call out “unclean, unclean”.  They are not allowed to come within 30 feet of any person.

It is within this context of such great suffering, that the ten lepers in today’s Gospel pleads, “Jesus! Master! Take pity on us.”  Moved with great Mercy, Jesus cures them and instructs them to presents themselves to the priests to certify that they are healed and reinstate them to their community.

My brothers and sisters, let us imagine ourselves being one of the lepers and being cured.  “Would we not be overjoyed and filled with deep gratitude to Jesus for curing us?”  Sadly, we know from today’s Gospel, that only one returned to show his gratitude to Jesus, while the rest were so over taken by their healing, that they “forgot” to thank Jesus for His Merciful Healing. 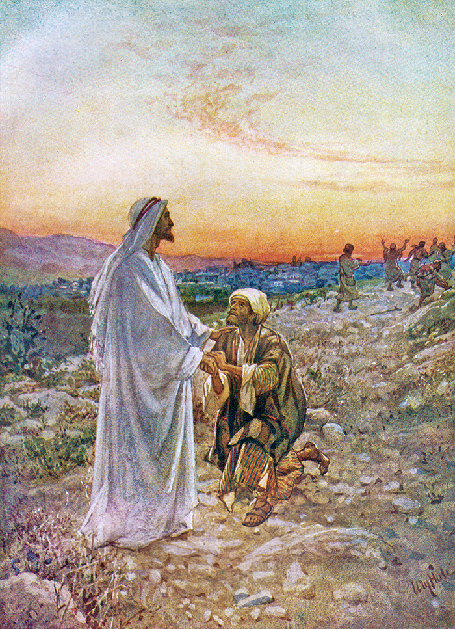 My sisters and brothers in Christ, you and I, hearing the Gospel event are surely very puzzled, and are asking ourselves, “How is it that the nine lepers can be so ungrateful to Jesus?”  Let us reflect on this further, so that we do not become too hasty in judging the “ungrateful” lepers.  A relevant question that we need to ask ourselves is, “Have we in many ways in our life’s experiences also, like the nine lepers, felt overjoyed by the good fortunes and good happenings in our lives, and are also guilty of “forgetting” to thank God and be grateful to Him for the abundant blessings we received?

We may gain more insights on the “leprosy” episode in today’s Gospel if we perhaps reflect on the disease as a symbol of the many forms of the pain and suffering in our lives and in the world today.  In this symbolic sense, the “leprosy” of the Gospel reminds us of the suffering that disfigures the goodness, love and truth that God has planted in our hearts when He Created us.  The “leprosy” of today’s world also reminds us of the suffering that disfigures and destroys the unity and love, respect and care that we once had in our families; they are also the suffering of the loss of the sense of the dignity of the human person in our world; these suffering also include the numbness of our hearts that so easily exploit, abuse and dehumanise the innocent and the weak, through evils of injustice that justify the destruction of human lives through wars, ethnic cleansing, scientific testing, euthanasia, abortion and the like; not forgetting the murders perpetrated through extremists of ideologies and religions.

This list can continue, but let us next bring our reflection on the suffering of the lepers in today’s Gospel, from the social-global level to the personal level.  For this let us reflect on the testimony of the immense suffering and trauma of Lisa Duffy’s divorce.

Lisa shares, “Divorce changes life on almost every level possible; physically, financially, emotionally, intellectually.  It is one of the most difficult aspects of life to deal with because for at least half of the spouses, they didn’t want or ask for this change and they feel it as the worst thing that could have happened to them.

Lisa shares, “If you are in a great deal of pain or finding it difficult to deal with the loneliness and depression that often accompanies the divorce, this is to be expected because of the deep hurt and betrayal that is traumatising you. In my own experience, my life was suddenly in black and white after my spouse walked out. Food had no pleasing flavour, jokes were not funny, and the world just seemed cold and grey.

How could I find something to be grateful for when nothing was the way it was supposed to be?  How could I even think of being thankful when I was in such great pain?  Gratitude seemed to be as impossible to achieve to me as it was to consider forgiving those who had hurt me.  But God always has a Merciful and gentle way of leading us back to Him.  As for me, it would be through a documentary on the World War II and the holocaust that I watched one night on TV. 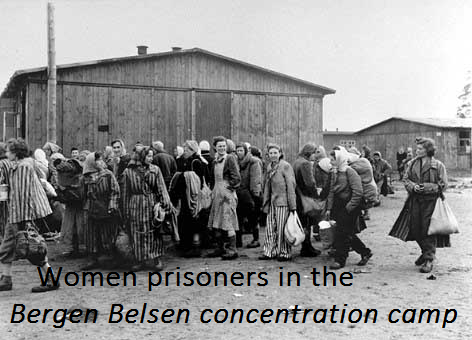 I was captivated by the story of a young woman (Jessie, not her real name) who was a prisoner in the Bergen Belsen concentration camp.  One morning, Jessie had been raped, was starving, and found herself in line for the showers (to be gassed to death).

However, miraculously, Jessie and another young woman found a loose panel in the shower wall just moments before the gas was turned on and, they quietly escaped. They ran in the freezing snow for miles until they were found by American troops and were rescued. And here Jessie was years later, an old woman with rosy cheeks, who had gone on to live a full life and find happiness.  In spite of the fact that she had lost her entire family and had suffered so greatly, she was never bitter.  And all this was possible because Jessie was able to thank God for all her blessings.”

Lisa shared further, “I was so affected by this Jessie’s story that I had to ask myself, “Is there anything stopping me from doing the same thing?  My answer was, ‘there was nothing.’  So, with God’s grace, from that day onwards, my perspective of life and suffering changed.  More importantly, I was able to go beyond my pain and suffering, and see the abundant blessings that God has been giving and continue to give me.”

As I reflected on my life, I began to realise that since my divorce from him, I was suddenly free to practice my Catholic faith.   Even though I had married a Catholic, my ex-husband never practiced the faith. So, I usually went to Mass alone and was given a hard time practising my Catholic faith, as he would ridicule me for doing so.  Now, I could practice my faith freely.  Realising this brought me much consolation.  I also realized that the terrible fighting and arguments that went on had stopped.  There are also no more yelling; no more angry-insults.  My home was once again peaceful.  My attitude of gratefulness began to grow and after a while, I was able to recognize the many ways I had been blessed by God since my divorce.” 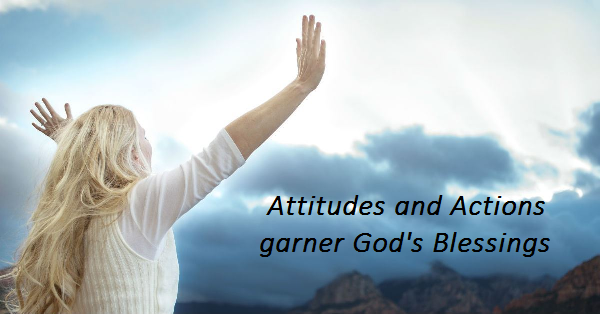 In reflecting on her divorce further, Lisa advises, “Remember that your divorce does not define you!  God made you a beautiful creature. You have strengths, you have talents – a uniqueness that, when offered with generosity, brings meaning, consolation and happiness to others.  No one is without these gifts and you should sit down and make a list of your strengths and talents; all these are God’s precious and special blessings on you.”  This is all the more important in a situation of divorce, as Lisa explains, “When a marriage ends, often one or both spouses walk away with a loss of self-confidence or with a sense of inadequacy.”

As such, my brothers and sisters, such positive and Christ-like views and attitudes are needed so that we can affirm the good within us and not allow the pain and wounds to fester and destroy us.  Recognizing and affirming your gifts, talents, goodness and blessings that God has given and continues to give you is essential.

In other words, as we reflect on Lisa’s personal suffering, symbolising the suffering of the lepers, let us ask ourselves, “In our personal suffering, can we live in the faith and hope that God will come to our rescue, and that He will never abandon us, because of His Merciful Love for us?  And if this is so, then “Would we more likely respond like the “Samaritan” leper and be grateful to Jesus or would we more likely react like the ungrateful nine lepers?

Gratitude enables us to move forward in our lives and as Lisa shares, “I have survived that pain and I am better for it. Gratitude heals your heart and provides a multitude of reasons to wake up in the morning and get out of bed. And, have a thankful heart that paves the way to healing and recognizing God’s plan for your life.”

My brothers and sisters in Christ, as I conclude, let us recall that our reflection on the Parable of the Ten lepers in today’s Gospel first drew us into a reflection on how such a tragic disease is also symbolic of the many forms of widespread suffering and injustice and evil in the world.

We are reminded that as the disease causes intense and dehumanising pain and suffering, such suffering is also found on the global level and personal level.  And, that insofar as we are personally culpable and guilty of continuing to contribute to these sufferings, we are also behaving like the ungrateful lepers of the Gospel; choosing to ignore Jesus in the way we live our daily lives, and “using” Him only when we have needs, as the nine lepers did when they were in need. 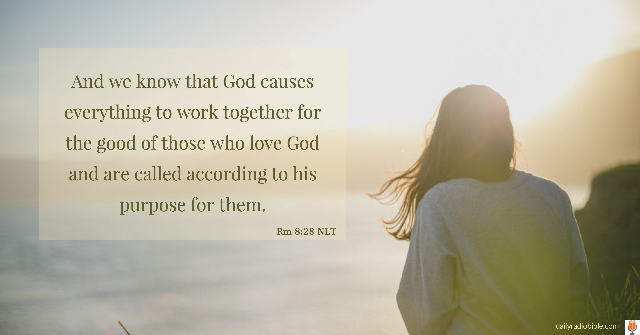 In our reflection, we also reaffirmed the reality that Jesus is always present to the suffering people and to our personal sufferings, regardless of who we are, and what our pain and suffering may be.   As Jesus reached out to the ten lepers through His Compassionate and Merciful Love, He is always there for us . . .  to give us the strength to sustain us and rescue us from our seemingly impossible trials and tribulations of our lives.  This Truth of Jesus’ Compassionate Love is clearly exemplified in the true story of Lisa who experienced a conversion of heart in her traumatic divorce; through the story of Jessie who was able to go beyond her traumas of life and embrace the healing graces of God, and live a meaningful and fulling life.

Like the Grateful Samaritan leper, let us then remind ourselves today, that Jesus is inviting us to be ever grateful of His Merciful love and never take Him for granted.

You and I are not perfect; we are all sinners; we are all human beings subject to pain and trials of life.  But, as God never fails us, we must then not fail Him with an ungrateful heart.  It’s only when our hearts are grateful to God that we can then be His disciples of hope to others who are suffering in this world.

Yes, indeed there is much pain and suffering in the world, as symbolised by the “lepers” in today’s Gospel.  But, it is our Christian vocation to make a difference in today’s world.  It is through the concrete witness of the Gospel that Jesus is inviting you and I today to build the church and bring hope to the world.  I would like us to ponder on these challenges of the Gospel for a few moments and allow the truth and mercy of God to open our minds and fill our hearts with renewed hope, healing and strength.