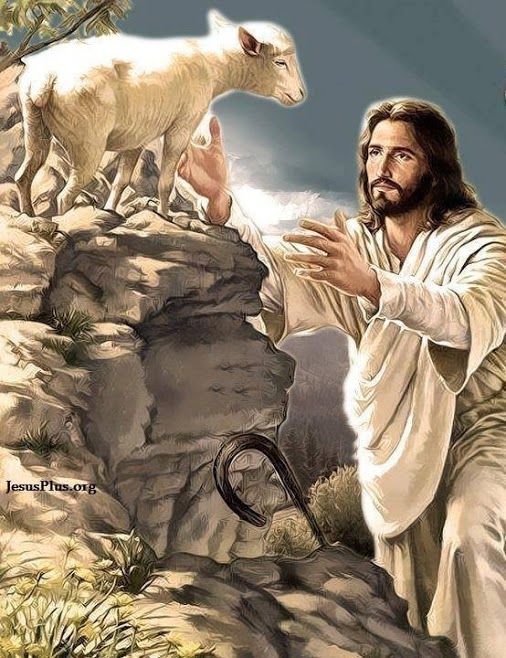 The Parables of the Lost Sheep, Lost Coin, and Lost Son are very familiar to everyone . . . However, let us not allow the familiarity of the Parables to prevent us from opening our minds to allow the Holy Spirit to enlighten us and fill our hearts with the renewed desires to live our faith more wholeheartedly, as God Wills of us.

Let us begin by taking note that the common pattern of all the three parables is: being “lost” then being “found” and finally the “celebration.”  Let us begin our reflection on the state of being “lost”.  There are several ways in which we can lose our faith and relationship with Jesus . . . Basically, to be “lost” is to be living away from God.  In the Parable of the “lost sheep”, “lost coin” and “lost Son” they are all separated from the community to which they originally belonged.

The “lost sheep” had either wandered away on its own or worse still deliberately chosen to run away from the flock, and then found himself alone and estranged from the community.  As for the younger son of the “Parable of the Prodigal Son” he shamelessly demanded the share of his property (which actually did not yet belong to him, as his father was still alive).  He then gathered his property and went to a “distant and foreign” land; far away from home; from his father, and “squandered his money on a life of debauchery”.

My brothers and sisters, when we choose to leave our community, whether our family, the Church for the wrong reasons and due to our sinful choices, we inevitably suffer from the consequences of loneliness, misery and pain.  God has created us to remain connected to Him at all times; and to belong to and live with one another.  We are each meant to love one another and share our lives and serve our community.  Every person is created to respect, to complement, and to mutually care for one another. 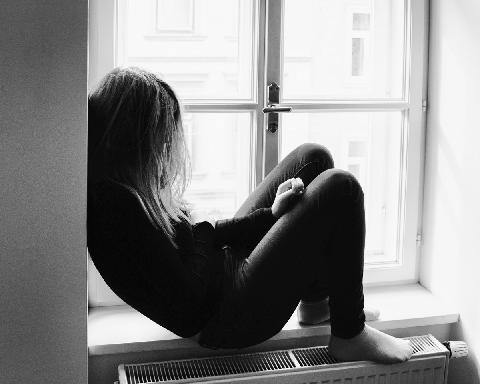 No person can say that we do not need others, and most of all, no person can say that we do not need the Church and do not need God in our lives.  To do so is to choose a life that is without meaning, direction, purpose and destination.  Such a life of estrangement is tragic because we are like a person whose pride and arrogance have led us to choose to abandon the security of our ship, and am finding ourselves drifting on the ocean alone; enveloped by the darkness and exposed to the dangers of the impending storms that would surely one-day swallow us up.  Such a choice is also to be like a sheep that has wandered from his flock and is now exposed to the dangers of the wilderness of wild animals who are waiting to pounce on us and tear us apart and devour us.

And, even as this storm has not broken out, or the wild animals have not yet smelt their dinner, to be adrift in the ocean without any destination and to be found wandering in the darkness and loneliness in the wilderness is to exist constantly in terror, or to row in the ocean of misery, helplessness and hopelessness.  We are meant to return to the ship of the Church and live in the true security of the divine power and Providence of God.  As such, if we have gone astray then Jesus is today inviting you and I to renew our faith, and to return to the community of our family, our church to which we belong.

This is because, the others-centred life that you and I are called to live is the Christ-like co-responsible life of mutual love, mutual respect and mutual acceptance of not only within our families and friends, but also between peoples of other religions, races, culture and languages, because every person is created and loved by God.  As Christians, in the Gospel of Christ, we are also constantly reminded not only to build bridges through our forgiving love when there are strained and broken relationships, but to have a genuine preferential love for the poor and the needy.  This is also because every person is precious in the eyes of God. 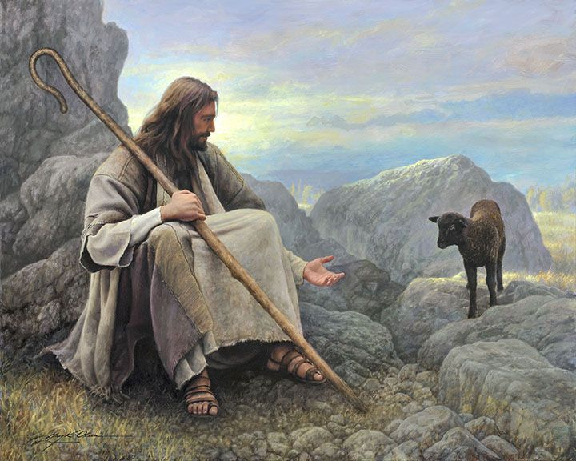 To live such a Christ-centred life, you and I, like the lost sheep and lost son, we must allow ourselves to be found.  The Good Shepherd is constantly searching for us with sorrow in His Heart and    in His eyes, because He loves us deeply and unconditionally.  As in the “Parable of the Prodigal Son”, the Good Father gazes into the horizon daily and longs for his younger son’s return, so that he can welcome us home, but this can happen only if, we allow ourselves to be “found” through the conversion of our hearts.

However, if we were to run to hide from the Good Shepherd when he calls us or if the younger son refuses to return to his father, with a repentant heart and with the humility to profess, “Father, I have sinned against heaven and against you; I no longer deserve to be called your son; treat me as one of your paid servants,” even as God our Father’s Love is unconditional, His Love cannot be imposed and forced upon us.

In any genuine relationship, there must be a mutual and free consenting response.  And if we have chosen to be adrift in the ocean, we must in humility, be willing to grab hold of the rope that is lowered from the ship to hoist us on board to the safety and security.

In other words, my brothers and sisters in Christ, we could in summary say that today’s Gospel of the three parables is not so much about our sinfulness, but more importantly the parables are challenging you and I with the fundamental question, “Do I know God?”  “Do I really know how much He loves me?”  “Am I willing to return to Him, with humility?”

And if this so, then Jesus in today’s Gospel tells us that “there will be great rejoicing in heaven over one repentant sinner than ninety-nine virtuous men who have no need of repentance.”  And, the most Merciful God whose divine hospitality, represented by the Father in the “Parable of the Prodigal Son” will restore our dignity as His child, even as we have sinned against Him.

In His great Joy and Humility, He will run in great haste towards us, to welcome us as soon as we appear in the distant horizon of our return.  Our Merciful Father, with tears of Joy will “embrace and kiss us tenderly, bring out the best robe, put a ring on our finger, sandals on our feet, and slaughter the fattened calf to throw a great feast to celebrate our return home, for we were lost and is now found; we were dead and has now come back to life.”

My sisters and brothers in Christ, let us not forget that there is another part of the “Parable of the Prodigal Son” that it is good that we reflect on.  And, this is the elder son’s reaction to the return of his brother.  This is because if we are not careful, our relationship with God may be like that of this elder son.

The elder son, was as lost as the younger brother in his relationship with his father, even though he did not leave home.  When he found out that his father had thrown a grand celebration to rejoice his younger brother’s return, he was furious with his father.  In his self-righteousness, he disowned his brother by referring to him to his father as “this son of yours”, instead of this brother of mine”.  He then condemned himself by asserting that his many years of labour for his father was not done out of love, but was similar to that of the other paid workers.  And so in his great anger he blurted to his father, “In all these years, I have slaved for you, and never once disobeyed your orders, yet you never offered me so much as a kid for me to celebrate with my friends.  But, this son of yours, when he comes back after swallowing up your property – he and his women – you kill the calf you have been fattening” to celebrate his return.

My brothers and sisters in Christ, as I conclude, let us be reminded that while the elder brother’s reaction towards what happened is understandable, let us also be mindful that we are called to love and serve God out of love, and not obey the Commandments and fulfil the obligations of the Church, out of fear and relate to God as though He is a Slave Driver who is waiting to punish us.

That on the contrary, in today’s Gospel, in proclaiming the three Parables of the “Lost Sheep, Lost Coin and Lost Son”, Jesus is inviting you and I to know and love Him more wholeheartedly, personally and intimately.

And this is to witness to the secular world and those who do not yet know Jesus and His Church, that Jesus, as Saviour has come to save the lost sheep, the lost coin and the lost son.  And for this to happen, you and I are called to be God’s instruments and Jesus’ disciples to witness to the wisdom of God’s Love and Mercy, as Christ has proclaimed.  And in doing so, bring great rejoicing in heaven that as Jesus proclaimed, “the lost are found, and those who are dead have come back to life.” 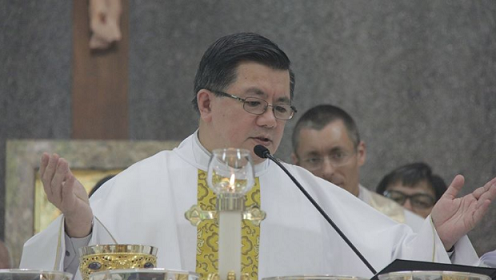