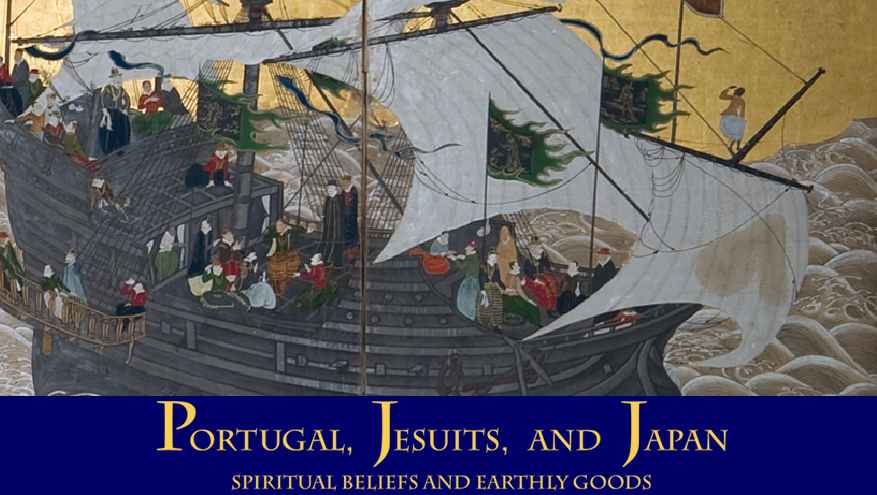 Sebastian Vieira was born in Castro d’Airo, in northern Portugal. He entered the Society on February 3, 1591 and studied for the priesthood in Evora. In 1602, Fr Vieira together with a group of other zealous missionaries left Lisbon for India. From there he went to Macau on the Chinese coast and served a year as master of novices to young Jesuits. His first visit to Japan was in 1604. Then in 1606 he was assigned as procurator of the Japanese province. In 1609 he was again in Japan doing missionary work.

In February 1614, Shogun Iyeyasu issued a decree banishing all foreign missionaries from Japan and gave the order that they proceed to Nagasaki to await deportation. The missionaries waited for months for the ships to arrive and it was only until November that the exiles were taken to Macau or to Manila. Fr Vieira was taken to Manila but in August 1615 he went back to Japan working with the Christians in Omura for three years until he was recalled to Macau by his superiors as province procurator. He attended the assembly of Jesuits known as a provincial congregation from December 14 to 23, 1623 where they had to elect a delegate to go to Rome and report to the Jesuit general on the state of the mission, its strong points and where it needed reinforcements, both in terms of money and manpower. Fr Vieira was chosen to go and left Macau in February 1624.

Fr Vieira took six months to reach Portugal by sea and there he visited Jesuit houses as well as his family.

He finally arrived in Rome in 1627 and briefed the general, Fr Muzio Vitelleschi, and also had an audience with Pope Urban VIII who was especially interested in Christianity’s growth in Japan. Fr Vieira told him of the glories of the Japanese church which saw numerous conversions. However there were also the tragedies of apostasies. The Pope imparted his blessing saying: “Go my son, and strengthen the faith in Japan, and do not spare yourself. If I hear that the executioner’s sword has shed your blood in so holy a cause, I myself will inscribe your name in the list of the blessed.”

Fr Vieira and his new recruits for the mission took a year to arrive in Macau to report on his Roman visit.

After that he made plans for his fourth trip to Japan as vice-provincial for the Jesuits which meant that he would supervise the Church’s growth in Japan. In his two new appointments Vieira had to travel extensively under disguise and at night. This fourth trip was Fr Vieira’s final trip to Japan. He had left Macau to Manila and had bribed a Chinese captain to take him on his junk to Japan. He disguised as a Chinese sailor and hid in the ship’s hold and was able to enter Japan unnoticed. When he touched Japanese soil, Fr Vieira knelt down and kissed it saying: “This will be my resting place for eternity. This is the house of God and the gate of heaven.” Not only did Fr Vieira expect to be martyred, he was also prepared for it.

When the Japanese learned that the “Roman priest,” a name given by the Japanese to Fr Vieira after they knew he went to Rome, had reentered Japan, the governor of Nagasaki placed a price of fifteen hundred gold pieces on his head. Many spies and apostates sought him for the handsome reward but Fr Vieira eluded them for twenty months. Sadly he was apprehended at the end of 1633 while he was on a boat off the Osaka shore. He was taken to prison in Omura. The young emperor in Yedo (today’s Tokyo) was interested to know something about his preaching and brought him to the imperial city in early 1634. As the emperor was showing some interest in the Catholic faith, Fr Vieira wrote a short summary of the faith in Japanese, which the emperor read. His uncle sensing that the emperor was leaning on Fr Vieira’s teaching, reminded the emperor that he was obliged to uphold the national religion.

Fr Vieira and seven other prisoners were condemned to suffer the torture of the pit, the most inhumane Japanese tortures. Here the victim was tightly bound around the body up to his breast, with one arm free so that, if he should decide, he could signal to the executioners his readiness to apostatize. The victim was then suspended head downward from a gallowslike structure into a pit which contained excreta and other filth. The blood rushed to the victim’s head, but to prevent too great a congestion there, the victim’s forehead and temples were slightly slashed so that the pressure could be relieved by the slow seepage of blood. Death usually came two to three days later.

Among Fr Vieira’s seven companions, five were his servant-catechists and Fr Aloysius Gomez, a Franciscan priest and his catechist. All died within two days. Fr Vieira was still alive on the third day and since he showed no willingness to apostatize, nor were there signs that he would soon die, the impatient executioners built a fire around him and burnt him to death.